Not too long ago my brother approached me and asked if I’d be willing to make a wallpaper for him – and of course I was.
As mentioned in the related image post (here), one of his passions is forging (there are more) & he asked me for a wallpaper of an anvil with a piece of iron being hammered into shape. Sparks flying. That sort of image.

I asked him if he could provide me a sketch of what he had in mind and he gave me a quick pencil drawing of the anvil on the left (because of his PCs desktop icons). So I started off getting reference images (I actually didn’t really know what an anvil would have to look like) for the objects and started modelling. I knew that I had to get shaders and textures right, so I unwrapped the models and prepared texture maps in highresolution.

I really wanted to focus on the atmosphere. The glowing steaming hot iron in a somewhat darkish environment (of course a rather romantic imagination of modern forging – although the place my brother started was sort of dark and did use traditional old tools). So I used a blue orange color theme and rather dark tinted colors. I really enjoy setting up the lights and tweak them using Blender Cycles realtime preview.

A few particle hairs as sparks – done, I reckonned.
So I handed this picture over to my brother and he said it was OK but he had imagined something else. I had decided to change the position of the anvil (to the right) since I thought it would be better to cover up that no character is holding the tools. The sparks weren’t right either.

This is the first version: 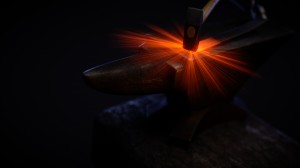 Therefore I had to redo most parts of the image (at least all the objects where alright) and started changing the objects positions, lights and tweaked it a lot. Over and over again. There was one mistake I made and it took me a long time to find out what it was. I used Blenders color management tools and especially the looks – to emulate a films response curve. When I had saved the renders they looked completely different (I missed to notice the ‘save as render’ dialog). In the end I used a bit of post work like color correction, vignette and stuff like that to enhance the render. Didn’t have to use much since I had tweaked the image over and over again.

So here’s the final piece: 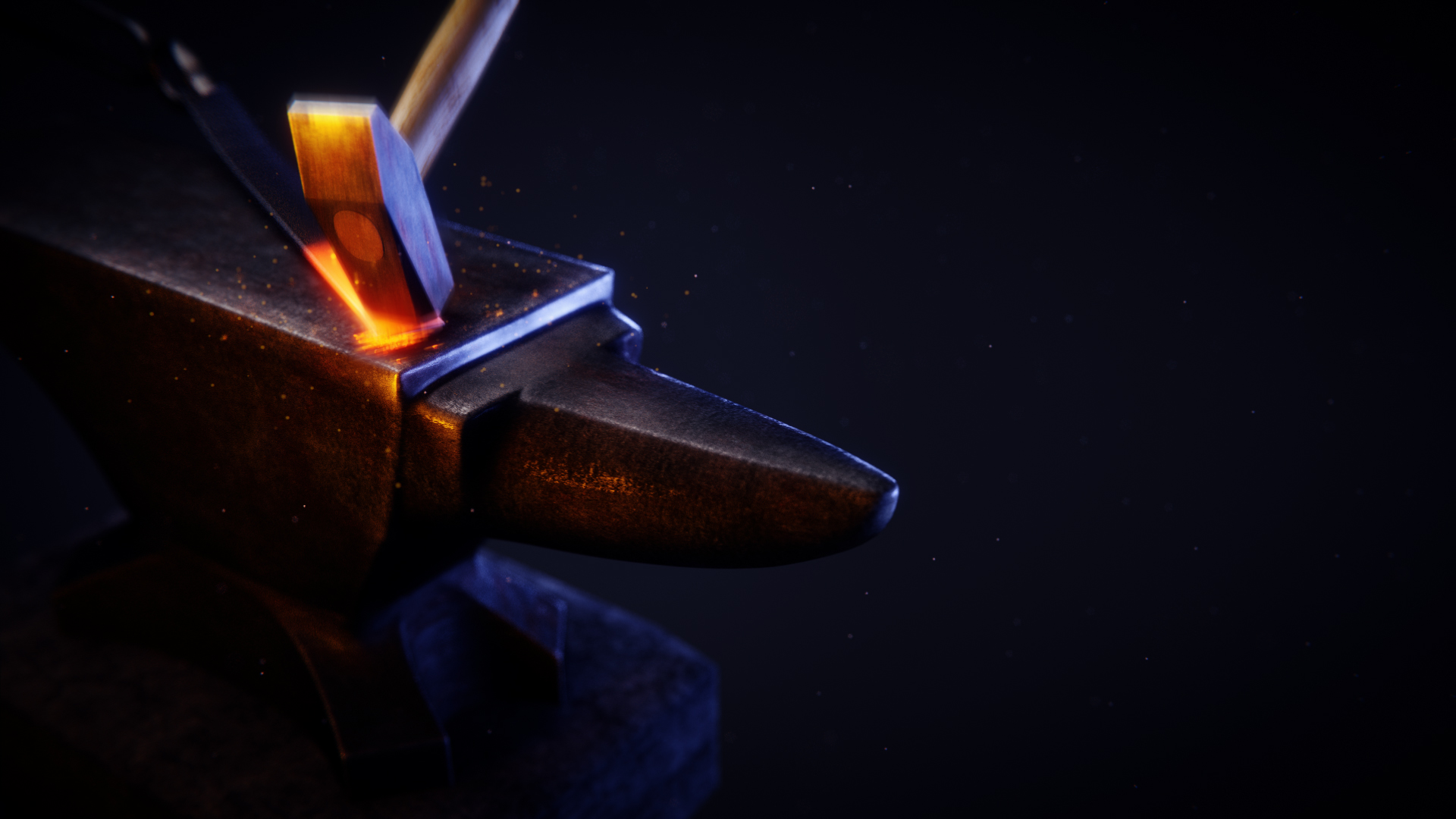 And a wireframe for the curios: 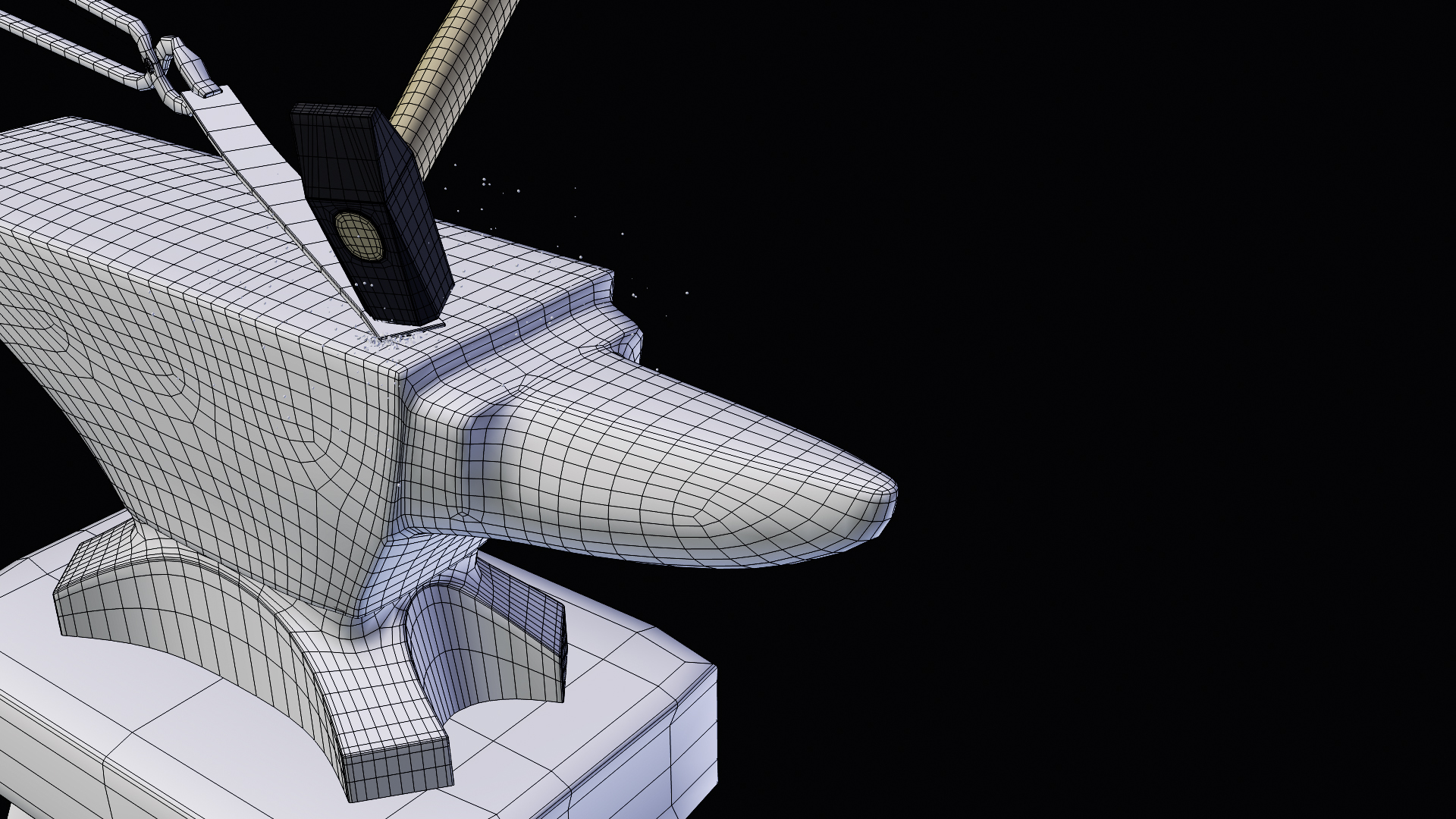